Hope for Europe – Women in Leadership Conference
October 25-28, 2017
with the 25-Years-Celebration

Colour – Energy – Joy! These attributes are describing the opening meeting of the 12th “Hope for Europe – Women in Leadership” Conference in Belgrade/Serbia on Wednesday evening, October 25, 2017.

After the welcome from the representatives of the “Hope for Europe”-Team and the “Daughters of the King”-Team, the partners for this conference, and a beautiful slide show about Serbia, participants from 24 countries came to the platform – with the flags of their countries: to show our differences, but also our unity as European women.

Hannelore Illgen (on the right side) is presenting the two teams, which organized the “Hope and Future”-Conference in Belgrade/Serbia: the “Daughters of the King”-team (four ladies on the left) and the “Women in Leadership”-team (six ladies on the right)

We were surprised with the songs and the dances of a Serbian teenager’s group, dressed in their national costumes – another warm welcome to Serbia.

Romkje Fountain, convenor of the “Hope for Europe Women in Leadership” -Team, shared about Hebrews 10:23/24: Let us hold unswervingly to the hope we profess, for He who promised is faithful and let us spur one another on to love.

In our lives and in our work, there is often disappointment. But this word from Hebrews tells us to unswervingly hope, not to loose our way, and have hope for us, as women, for our children, our families, our cities and nations.  The evening was closed with worship, led by a very spirited Roma band. We were off to a good start! 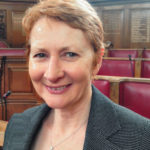 Thursday morning, Amanda Jackson, Director of the World Evangelical Alliance Women’s Commission, presented us in her Bible study 12 women in the Bible, the name and story of some we are not so familiar: the five women in Moses’ life, the two midwives, Moses’ mother, his sister and Pharao’s daughter. All these women had a different role to play. Then there are the five daughters of Zelophehad in Numbers 27. The last two stories Amanda shared with us, were about the judge Deborah and Jael.
This Bible Study, and also the one on the next day, was followed by the much appreciated group discussions at the tables.

One of the most encouraging agenda points are always the “Hope Reports” from around Europe (“Seeds of Hope”). We listened to the stories of 16 different women, involved in just as many different ministries, some in combating human trafficking, others involved in refugee ministries, others in prayer ministries, or in politics, and so the list goes on.

Ruth Hasselgren, Pastor from Sweden, encouraged the women to have balance between their ministry and normal daily life. Her session followed a time of prayer for each other.

The afternoon was given to workshops about several different issues:
Living as Fulfilled Singles – Women in Leadership – Christians and Politics – Mentoring ­– Gender Mainstreaming – Evangelism and Culture – Marriage – Women’s Role in the Church – Reaching out to our Communities with God’s Love. 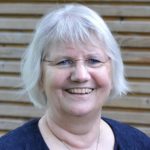 In the evening Amanda Jackson and Elke Werner (Lausanne Catalyst for Women in Evangelism), shared touching stories about women around the world, and motivated the ladies to pray. Opportunity for this was given at 10 different prayer stations, set up around the room. 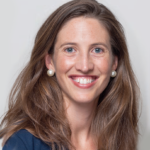 The Friday morning of the conference started again with a Bible Study, this time given by Lara Buchanan, Ravi Zacharias International Ministries, about the uniqueness of our Christian hope. Hope is not an absence of suffering, the Bible is clear about that, things fall apart. God has empathy with us and suffers with us. Lara also showed us, that Christianity is the only religion that offers real hope. Because of the resurrection everything changes (Hebrew 6:19).

The panel with four women, moderated by Amanda Jackson, who shared what they are doing for refugees in their particular nation, was very touching.

Friday afternoon ladies could visit the representatives of the different networks and initiatives in Europe and/or go for a prayer walk in Belgrade, a city that has known so much war in its history. 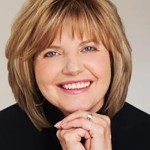 And then Friday evening: The celebration of the 25 years of “Hope for Europe – Women in Leadership”. 1992 Elisabeth Mittelstaedt had called 40 women from both East and Western Europe together in Linz/Austria, to encourage each other and to learn from each other. Since then 11 conferences have been held in different countries in Europe. It was fitting that Elizabeth would share this evening about her passion to encourage and equip women.
And of course there was a Birthday Cake! And the well known Happy Birthday-Song, sang by the Serbian “Four Ladies Conference Band”! These young ladies always led our praise and worship-times excellently, using their voices and instruments (violine, cello, keyboard) sensitively to the glory of God. 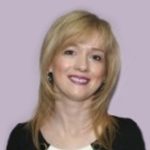 With much thankfulness we finished the conference, being part of the Serbian “Daughters of the King” Day on Saturday. Women from all over Serbia came to hear Sara Vitakic and Jelena Sivulka, as well as Elisabeth Mittelstaedt. Local pastors were greeting the 250 ladies at the beginning of the meeting. Testimonies and presentations were given and a young worship-team was serving us in praising God – who is the giver of all Hope and Future for everyone of his daughters!

Here you can watch the following messages:

Enjoy here a slide show of the conference and the “Daughters of the King” Day on Saturday!
You may also find others pictures on our Facebook-page